11 Reasons To Include Caffeine Free Tea In Your Diet

If you're searching for the most widely used stimulant worldwide, it's caffeine. Billions of people drink coffee or tea or other types of caffeine every day. But including caffeine free tea in your diet can have significant advantages, even though caffeine is accepted as safe for consumption if taken in moderation.

Previous studies have shown that caffeine can improve your cognitive function by enhancing your reaction time. However, other studies suggest far more advantages to reducing caffeine or quitting altogether.

This guide will show you why you should include caffeine free tea in your diet. With that said, let's begin.

If you've been feeling anxious lately, the cause may be from too much caffeine. Caffeine contains lots of energy, which is obviously why most people use it. However, research has shown that it stimulates the “fight or flight” hormones.

And that causes an increase in heart palpitations, nervousness, anxiety, and even panic attacks. People already prone to anxiety and stress make the symptoms far worse when they take caffeine.

Also, studies have shown that too much caffeine has been linked to higher chances of depression in adolescents.

Caffeine can decrease the absorption of some minerals and vitamins from food. And that's because, according to Colorado State University, vitamins such as vitamin C and B are water-soluble. And the diuretic effect of caffeine (or an increase in urination) creates a situation. In that condition, the vitamins are washed out of the body before they're fully absorbed.

Also, caffeine can interfere with iron and calcium absorption, which are common deficiencies most people lack. So if you take caffeine free tea, you can reverse the situation.

This benefit stems from the previous point. A study found that higher caffeine levels interfered with vitamin D absorption. And that reduced the way the vitamin reacted to osteoblasts - the cells responsible for building bone.

So the mechanism and the strong connection with calcium and vitamin D may be why another study found that regular, high caffeine intake is linked with decreased bone mineral density. Not only that but also higher urinary calcium loss.

Now, caffeine’s effect on bone health is subject to debate. Some suggested that the above effects can be reduced if you get the recommended calcium amount daily. And also, you can offset the impact by adding a small amount of milk to a cup of tea or coffee.

4. Break Away From Caffeine Addiction

Caffeine is an addictive stimulant to some extent for most people. Some would even describe it as "highly addictive." As a result, it becomes a cycle for people to depend on caffeine to function normally or stay awake.

But what it does is change the brain’s chemistry, resulting in the need for more caffeine to accomplish the desired effects. But when you quit caffeine and replace it with caffeine free tea, you stop the cycle and eliminate the dependence on it.

Did you know that caffeine can significantly reduce the quality and amount of sleep? For example, taking in energy drinks or coffee late in the day can interfere with your sleep since the caffeine's half-life is four to six hours.

6. Get Healthier And Whiter Teeth

As you probably know, tea and coffee can stain your teeth. And that’s because of the high tannins level found in these beverages, which can discolor the tooth enamel.

In addition, the acidity in caffeinated drinks such as soda and coffee can lead to enamel decay and wear.

The people that may particularly benefit from caffeine free tea are women because tea, coffee, and soda can change estrogen levels.

A 2012 research found that drinking about two cups (200 milligrams) or more caffeine every day increased estrogen levels in black women and Asians. White women had slightly lower estrogen levels, but only slightly.

When the estrogen levels change, it can mainly be troublesome if you have a higher risk for breast cancers, endometriosis, and ovarian cancers. Indeed, caffeine isn't directly associated with these conditions. However, increased estrogen levels are linked with the causes. 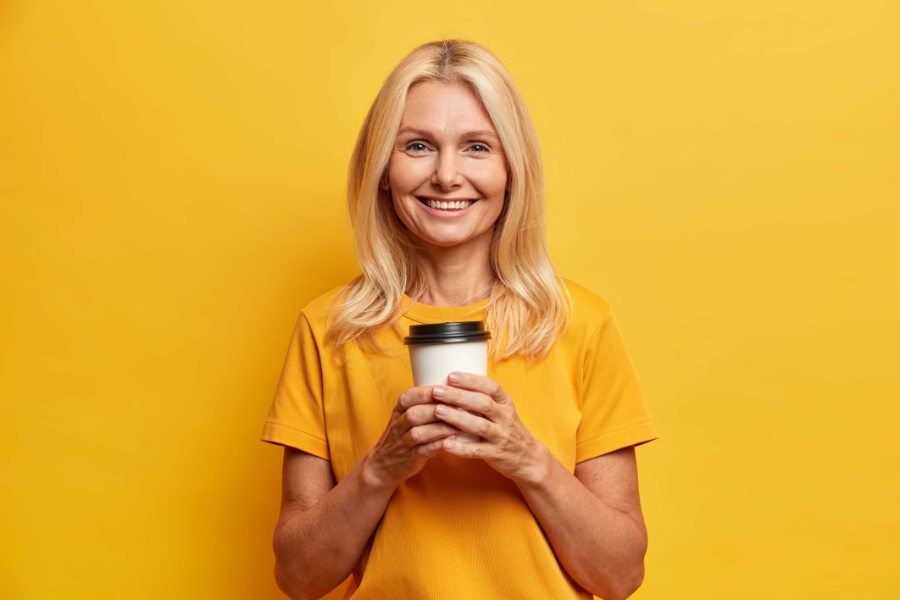 Caffeine can affect your mood; that’s no surprise. Caffeine can change your brain chemistry just like cocaine does to the brain. Moreover, researchers admit that caffeine fulfills some of the measures used to measure drug dependence.

If you don't take caffeine, you have nothing to worry about concerning the addictive qualities of the stimulant. But people who decide to stay away from caffeine may experience withdrawal symptoms or even temporary mood changes.

Did you know that two Starbucks Latter each day would cost about $2,810 a year? A Grande Starbucks Latte may cost $3.65, but it can add up really fast, especially if you drink multiple times a day.

You can save more money if you reduce or opt for caffeine-free beverages instead.

Because of caffeine's stimulant effects, it's one of the common ingredients in pre-workout mixes. But a study found that people with cardiovascular risk factors were at increased risk of blood clot formation as they worked out if they had caffeine before exercising.

So they could be high due to, for example, an inherited condition, which could increase their risk factors. And that's why it's always essential to go for regular checkups.

Caffeine can get things moving. However, it can make the process faster sometimes. And that's because the caffeine increases peristalsis, the muscle contractions that maintain the food's transit in the digestive system.

Even though it's essential, it can also contribute to loose stools and sometimes diarrhea. When you combine that with caffeine's diuretic effects, that can increase the risk of dehydration. And when that occurs, it can contribute to a lack of complete absorption for some micronutrients.

What is the bottom line of this guide? Caffeine has its benefits, but you can only experience those benefits if you take it in moderation. If you have adverse effects from caffeine, you can choose caffeine free tea or coffee as an alternative. If you don’t know the amount of caffeine to take, we recommend staying under 400 milligrams each day. According to the U.S. Department of Agriculture, one eight-ounce brewed coffee cup contains 96 mg. Keep in mind that more research needs to be done to know the exact dosage and effects that may cause adverse effects. So if you're struggling with any problems outlined in this guide, consider cutting back and getting your cholesterol and blood pressure checked. 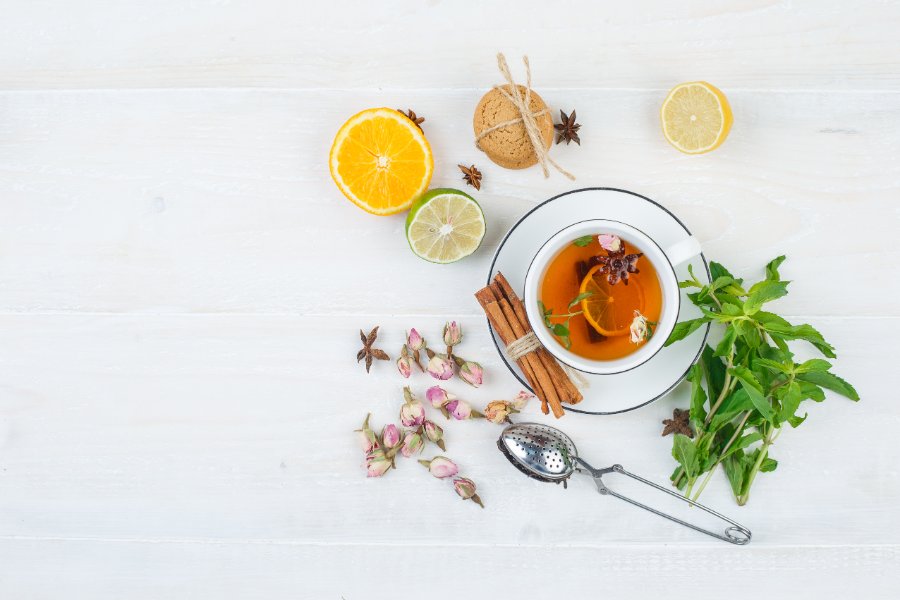 11 Chamomile Tea Benefits You Should Know About

11 Reasons To Include Caffeine Free Tea In Your Diet