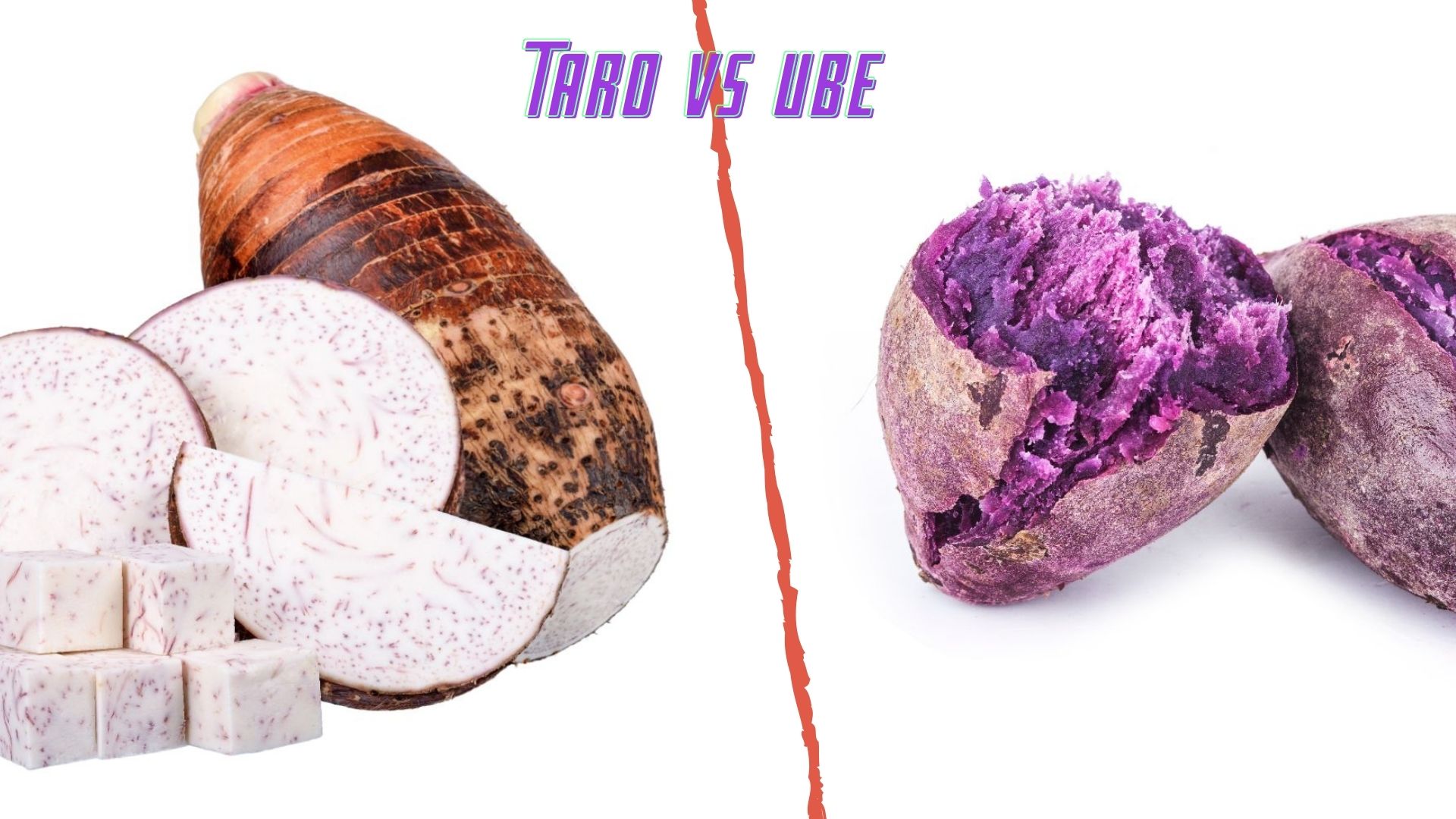 Taro vs Ube: What's the difference?

Ube and taro are the food staple in specific regions. While people living in these areas are pretty familiar with the differences between taro and ube, others can still confuse them. If the only purple vegetables you have seen are eggplants and purple carrots, it is natural that taro and ube will look similar. Also, if consumed in powder forms, both vegetables have only a difference of names on the packaging.

Hence, in this guide, we will discuss the differences between these two "gorgeous-colored" vegetables in terms of history, appearance, taste, texture, and usage in culinary.

Why do People Confuse Taro and Ube?

Taro and ube both belong to the sweet potatoes family. They both look like a form of the potato because of being root vegetable, shapes, and starchy textures. Another reason for the confusion is that as not many people have access to these vegetables in their markets, they purchase taro and ube in powder form. However, manufacturers make some changes when producing these powders.

For instance, they can add more purple color to taro to make it look attractive. Also, they sometimes add extra sweeteners to make the taste suitable for bubble tea or desserts. In reality, taro is not as sweet or does not have as rich a color as ube. Yet, in powder form, they can be confused.

Here's the summed up differences and commonalities between taro and ube: 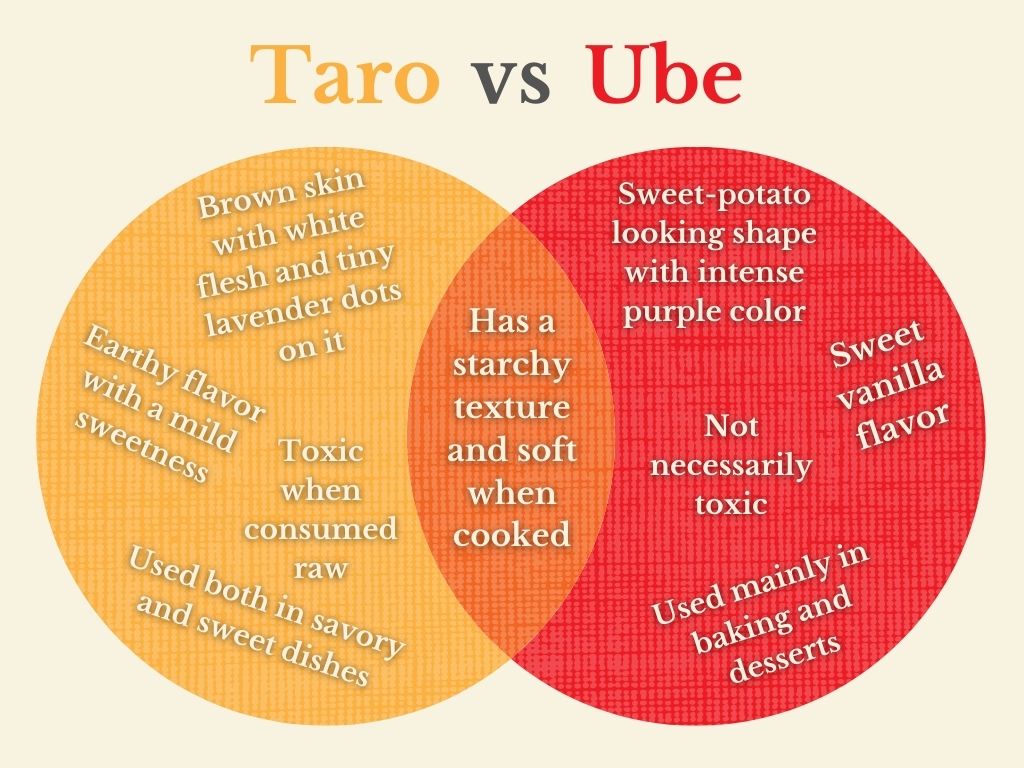 Originated in Southeast Asia and India, Taro quickly spread across Japan, Hong Kong, China, and Taiwan by around 100 B.C. Taro is a root vegetable from a tropical plant called "Colocasia Esculenta." In some cultures, the taro plant is also called "potato of tropics" or "elephant ears" because of its large leaves. A myth relates this plant to the ancestors of the Hawaiian people. Like potatoes, it is a starchy vegetable with high minerals and vitamins A, B, C. The starch is easily digestible in taro roots, making it a great source of carbohydrates and a small contributor to potassium and protein. However, when consumed without cooking, the taro roots can cause stomach aches. Currently, taro has an essential role in Hawaiian, African, Caribbean, and Chinese culture cuisines. In other parts of the world, taro is known as one of the diverse boba tea flavors.

Ube is a tube formed root plant, like a potato, but with a purple color. It is also known as "purple yam." The roots belong to a plant called "Dioscorea Alata," which originated in Asian tropics, specifically in the Philippines, and has been used by people since ancient times. Island Southwest Asia and New Guinea cultivate and consume different forms of ube. The root is an excellent source of carbs, potassium, and vitamin C. It also creates a necessary environment for probiotic bacteria as it is filled with fibers. 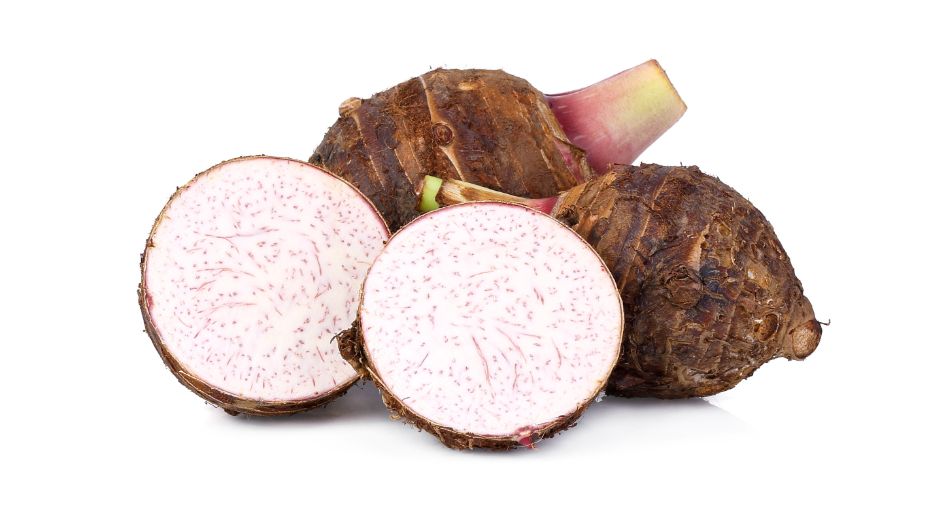 While both root vegetables are famous for their purple colors, there exist many visual differences. In fact, taro is not really purple, as people would imagine. Taro has brown-greyish skin with mostly white flesh. When first harvested, it has a light lavender color visible as tiny dots in the white flesh. However, when the root is processed, it gets a light purple color. Yet, its color is not as rich as the ube. Usually, taro powder manufacturers add extra coloring to get the desired purple color people would like to see in taro dishes.

Most people define the taste of taro as earthy and nutty. Taro has only a slight sweetness, which makes it perfect for both savory dishes and desserts. However, producers of taro powder usually add sweetening elements. Hence, the powder can be misleading - in terms of sweetness level and color, as mentioned before. Taro also has a starchy texture, almost chalky. Once it is cooked, it becomes soft and a little grainy. If you ever tasted sweet potato, then taro will not be a huge surprise for you. What makes it different from sweet potato is mostly its subtle, sweet, vanilla notes. People are usually familiar with this vegetable through taro smoothie or bubble tea in tea shops.

It is not a coincidence that people call ube a "purple yam." The plant is a tube-like root, similar to potatoes, with saturated purple color in raw form. When cooked, the color becomes even darker and brings a vibrant appearance to the dishes. Considering the only purple vegetables people are most familiar with are eggplants and purple carrots, this root plant's color can seem unnatural. Yet, this extraordinary color is what makes the plant more prominent.

Ube has a sweet taste, which is similar to white chocolate, vanilla, or pistachio. Its sweet flavor is gentle, not much intense. However, the taste also depends on other factors like the vegetable's size and the way it was grown. A large ube usually has a sweeter flavor than a small one. Plus, if the vegetable has wintered properly, its starch breaks down quickly into the sugars and brings vanilla flavor. People use ube mainly in baking or in ube bubble tea. In the U.S, ube filled donuts, ube-flavored ice cream, sourdough, or milk tea are popular. In these recipes, ube is usually in powder form, like taro. As the vegetable has a bright purple color, the recipes with ube look visually attractive. More people share pictures of their gorgeous-looking, prince-purple-colored ube meals, making this vegetable even more popular.

Taro and Ube in Culinary

Taro is simply inedible when it is raw. The vegetable contains calcium oxalate, causing huge stomach pain, breathing difficulties, irritation, or death if consumed raw in large quantities. However, when cooked properly, it can be consumed similar to potatoes. It is not a surprise that people define taro as a potato with twice the fiber. You can boil and mash taro, make fries, chips or make curry with it. Due to its special taste and attractive color, taro is also used in sweet recipes together with sour ones. People can make cupcakes, pancakes, or ice cream with taro. This root vegetable is eaten routinely in East Asia in baking recipes or used as filling for flaky puff pastries. Some Asian restaurants also serve taro in coconut milk soup with boba pearls after the meal. Plus, taro bubble tea is popular all around the world for its beautiful color and exciting taste.

In the United States, ube is famous as an ice-cream flavor. However, in the Philippines, people make "Halaya ube" or purple yam jam with this vegetable. They grate the root after cooking it and add butter, evaporated, condensed, and coconut milk. After simmering and straining the mixture, people get jam-like butter of purple yam. In general, as ube is much sweeter than taro, it is hard to make a savory dish with it. Yet, desserts with ube, such as puddings, pies, or cupcakes, turn out so delicious that one does not miss ube in savory recipes. 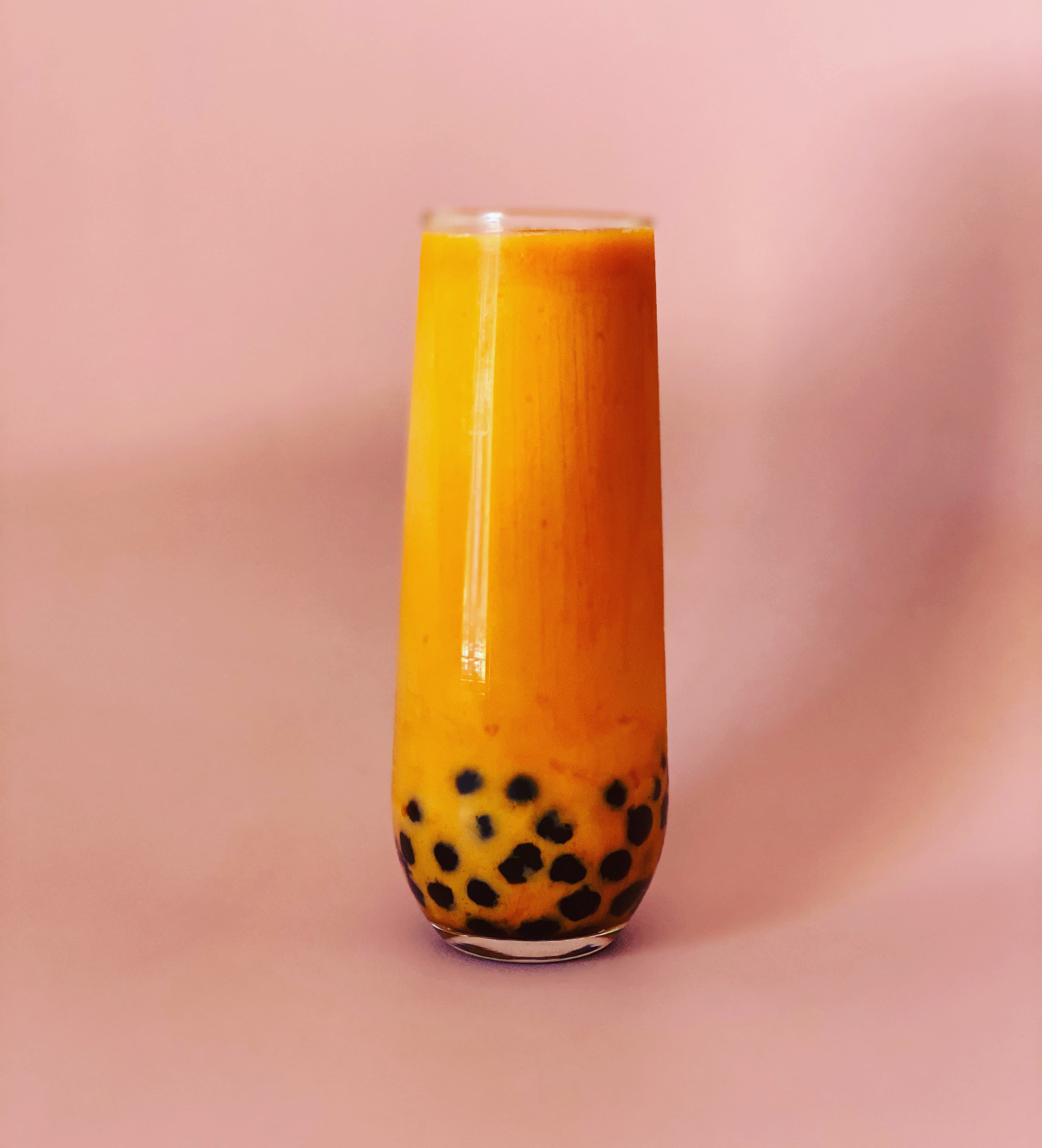 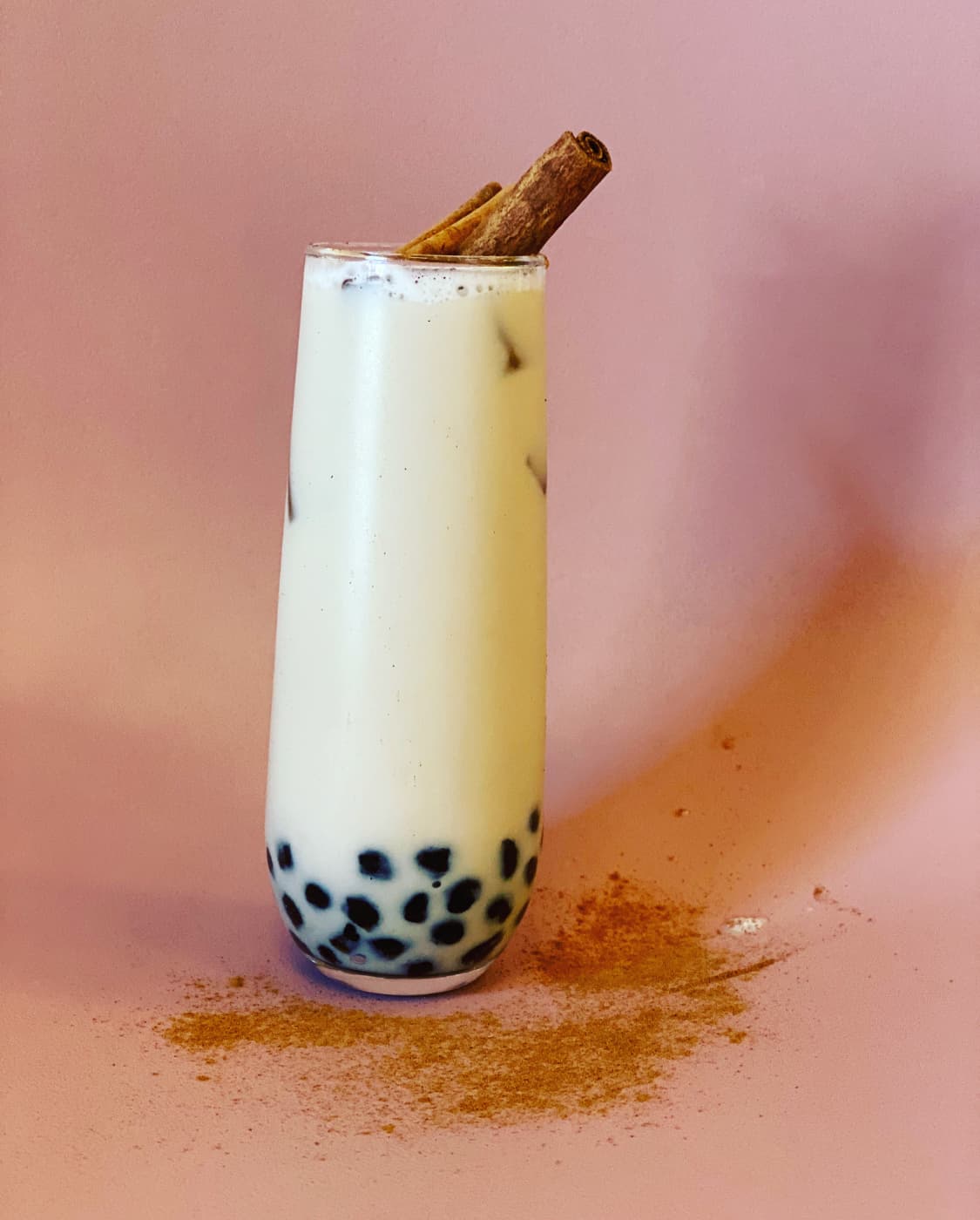 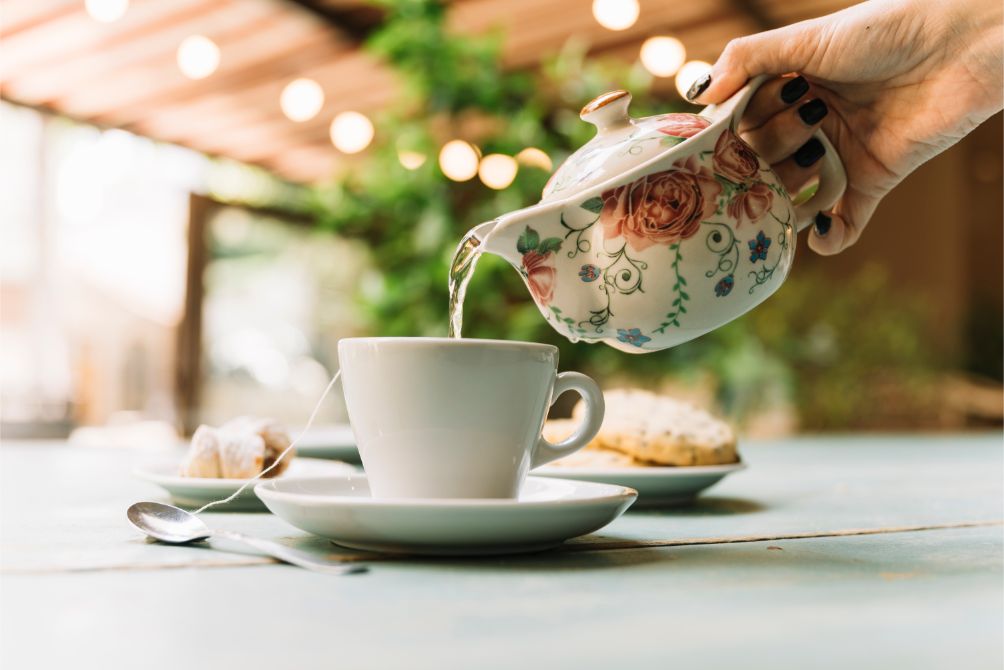 Interesting Uses Of Rose Tea & How To Properly Make One

What Is Chai Tea Latte: A Quick Guide To Start Your Tea Journey 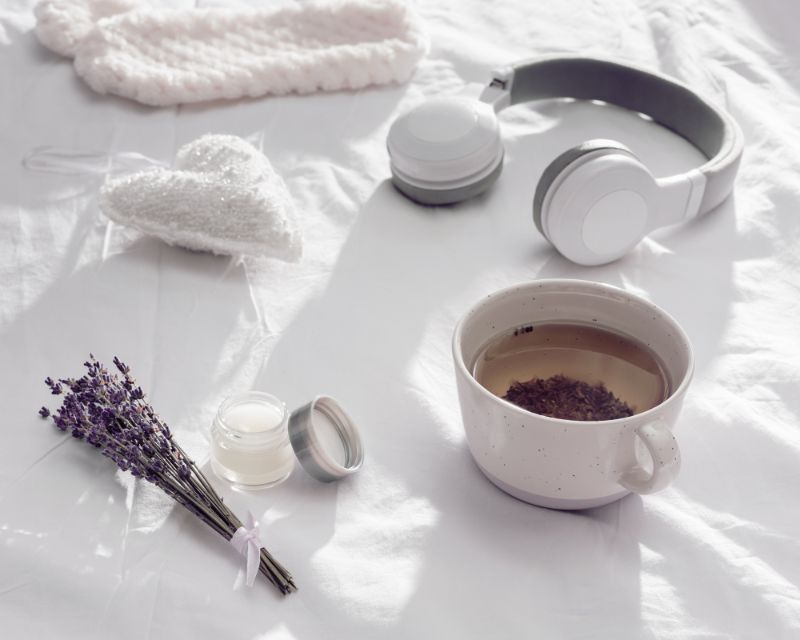 How to Make Lavender Milk Tea?