Brown Sugar Milk Tea - What You Might Not Have Known

If there is one drink that people can’t seem to get enough of around the world, then it is brown sugar milk tea. Bubble tea, in general, is becoming a worldwide choice for people who want to refresh their taste buds.

If you are no stranger to the boba tea craze, then you might already be familiar with its story. Even if you are not, then here is a quick wrap up. Bubble tea was first invented in Tainan and Taichung area back in the 1980s. It was designed to be a dessert drink that was initially made with a mix of organic tea, sugar syrup, milk, and of course, the famous chewy tapioca pearls. In its early days, the drink was usually consumed hot due to the cultural notion that tea and milk should be served warm. But, nowadays, since the sweet boba tea epidemic has spread across the world like a wildfire, it is more common to see it served cold and with a limitless range of flavors.

More recently, the bubble tea drink has seen lots of new varieties, most of which have taken the world by storm. You might have heard of the cheese tea, which was cold tea that was topped with whipped cheese cream. This flavor mix might not be a favorite of some people, but whatever it was, it became a world phenomenon. The phenomenon of recent years is brown sugar milk tea. This drink is a mix of brown sugar caramel, fresh cold milk, and tapioca pearls. Down below are some things you might not have known about this now famous bubble tea drink. Let’s get sipping!

This one might not have been a surprise for lots of people. As you might already know, Taiwan is the birthplace of Bubble tea. This makes it only natural that brown sugar milk tea originated from Taiwan itself. The drink was first introduced in Taichung, Taiwan. Most tea shops in the area were already serving endless varieties of boba tea. The original goal of brown sugar beverage was to spark the nostalgic flavors of traditional desserts of Taiwan. To be honest, it seems like a better flavor mix than the cheese cream bubble tea. The scrumptious looking caramel tiger stripes that streak inside of the cup became the main reason for the queues that were created in front of bubble tea joints. Some lines were three hours long, depending on how good the joint was. 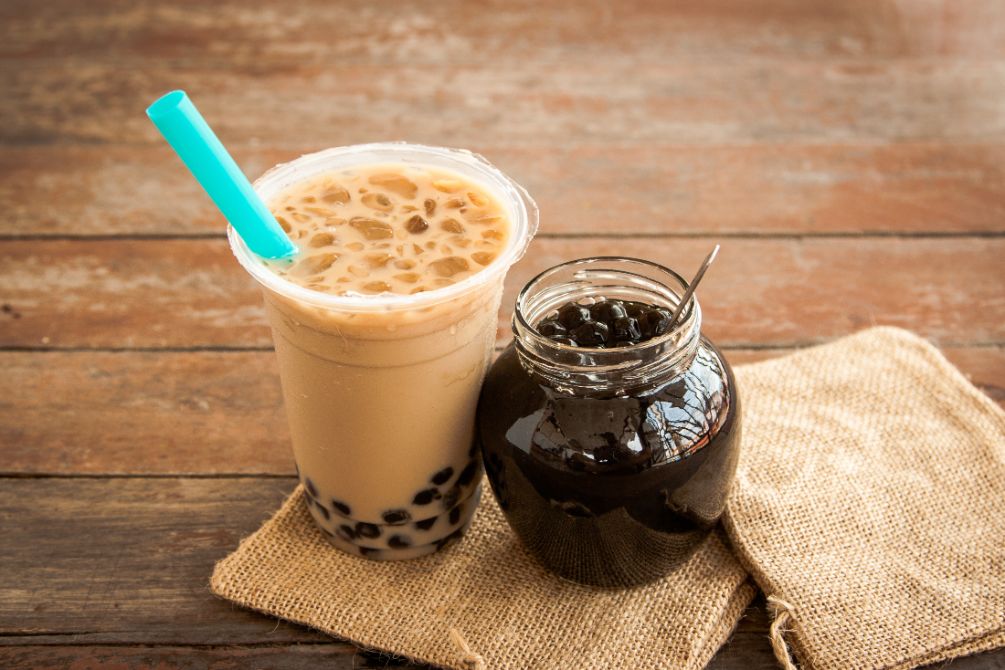 After the drink became more common, and other cafes started to adopt the brown sugar milk tea recipe, more places began to offer it. Nowadays, the drink can be found almost everywhere around Taiwan, and Los Angeles. Even some specialty coffee shops are starting to provide these delicious flavors due to their high demand.

The ingredients are simple

Did you know that brown sugar milk tea has no tea in it? That’s right! No tea, just brown sugar syrup, fresh milk, and tapioca pearls (QQ balls). But no need to worry, because this drink does not hold back on its flavors like the original boba tea mix. The best way to prepare the drink is to cook the tapioca balls in low heat mixed with brown sugar syrup. This makes them absorb the caramel, smoky flavor. After the cooking process, the whole mix of caramel goodness is topped off with fresh cold milk.

If you are looking for the best milk tea in Los Angeles, then you are sure to come across this assortment of flavors. Due to its high popularity, many cafes are offering this drink regardless of your location. If there is a bubble tea cafe nearby, then you can bet your pretty penny that they have brown sugar milk tea on offer!

If you are a foodie that likes to post such marvelous drinks on social media outlets like Instagram, then there are a few things you should be aware of. The attractive caramel stripes that streak the inside of the cup may be a breathtaking sight to behold. In all honesty, it does make for a beautiful view. But be warned, you will need to take its picture very quickly! The reason for this is the quick dissolvement of the stripes. Regardless of the temperature, the cup sits in; the stripes will dissolve in a matter of minutes. You should make sure to find the background beforehand, and line up your shot while things are fresh!

Every place has its style

If you are a regular boba tea consumer, then you already know that every cafe has its unique style when it comes to serving bubble tea. Any cafe serving brown sugar milk tea will most likely have its adaptation of the new famous drink. Considering the number of organic coffee shops and boba tea locations scattered around the world, you are likely to be met with tons of different varieties of milk tea. Some places go crazy with their offerings by putting salted egg custard with avocados on milk teas. Others keep it simple by adding brown sugar pearl milk and fresh cold milk over some melted brown sugar with warm pearl to get the best out of the different temperatures. 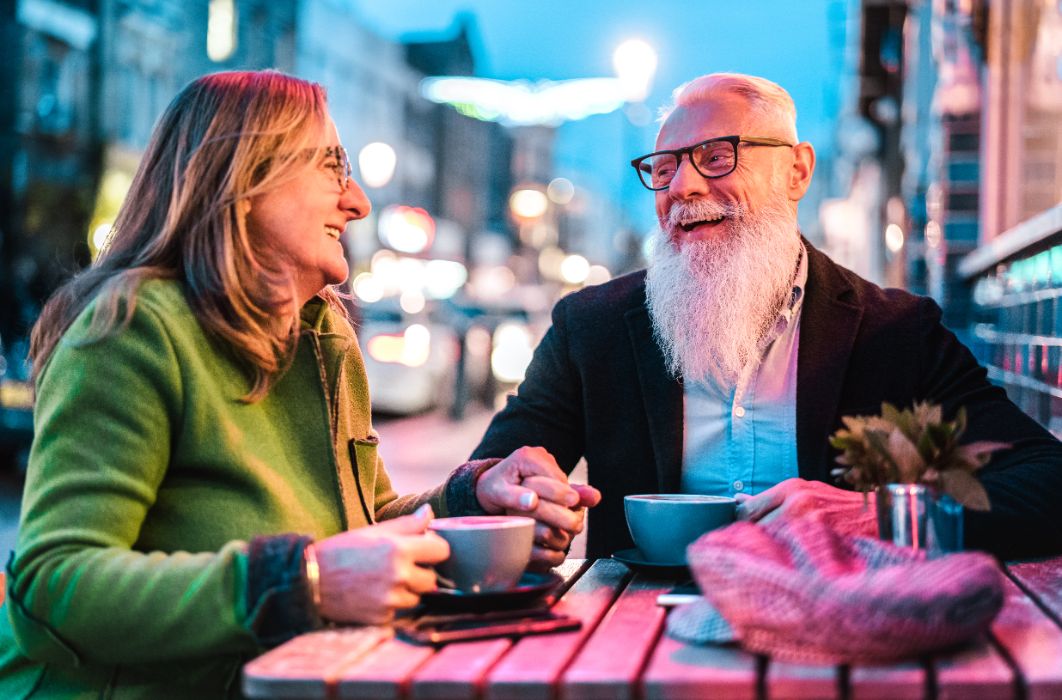 Some Chinese boba tea locations take the popularity of the cheese foam from yesteryear and blowtorch it when serving, may God help us all! The cheese foam with bubble tea is, of course, a taste adored by many, but it may not be for everyone, so choose wisely according to your mood.

People seem to not get enough of the drink

The brown sugar milk tea craze has spread across every part of the globe, from Singapore and Shanghai to Los Angeles and New York, and for a good reason. The brown sugar caramel is what the fuss is all about. Soon as the drink hit the trends and became famous, it won the plates and hearts of people all over. The standard bubble tea in Los Angeles may come with the white and brown sugar everyone knows and loves. But when you caramelize the brown sugar into syrup, that’s where the magic happens. It starts to create this nutty, toasty flavor and aroma that puts anyone who dares to taste it under a spell.

You can expect to see this milk tea stick around for years to come due to the nostalgia it sparks in many Taiwanese people. While it may not spark too much nostalgia for someone who is not Taiwanese, it may still spark delight in your taste buds.

Brown sugar milk tea then is a drink you can never go wrong by drinking. The simple yet elegant mix of caramelized brown sugar and milk does more than hit the spot for millions of people who have come to enjoy the drink. Keep an eye out for this trendy goodness on your day out, looking for your next bubble tea drink.

Mint Tea - An Underrated Beverage of Many Health Benefits 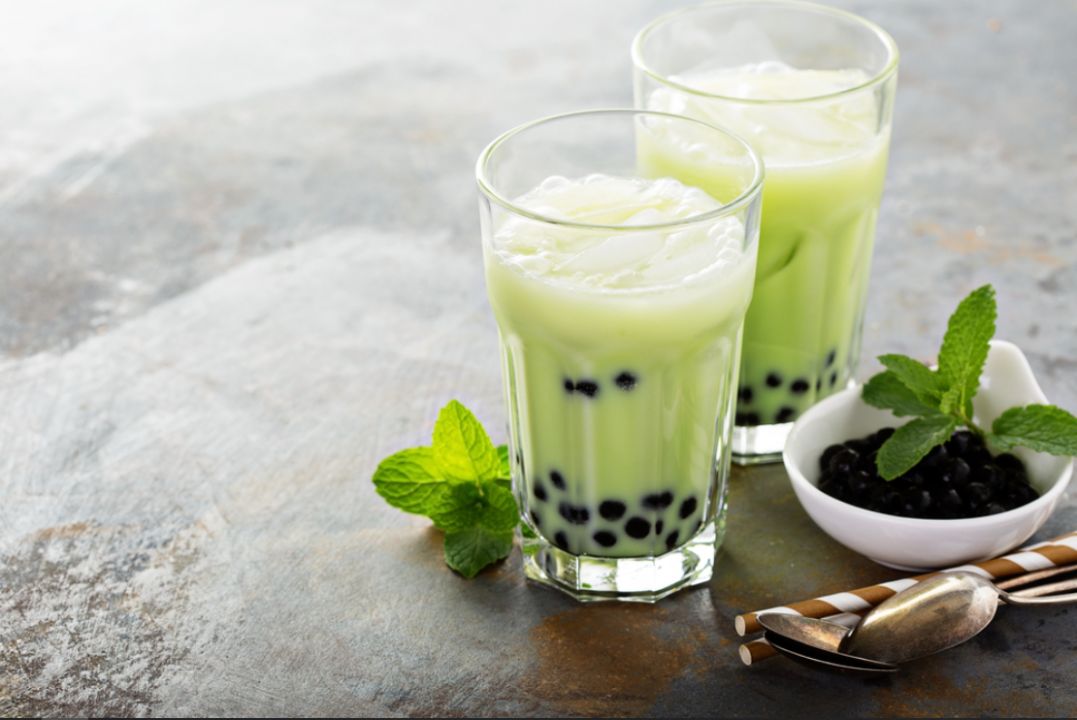 Matcha Milk Tea - The Good, The Tasty, and The Nutritious

Taro Milk Tea in LA - Everything You Need to Know